Book of the Week: Scarlet by A.C. Gaughen 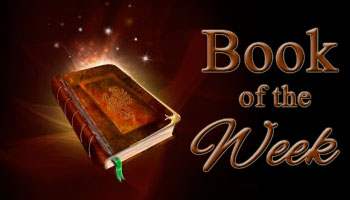 This week I’m gushing about: Scarlet by A.C. Gaughen

Many readers know the tale of Robin Hood, but they will be swept away by this new version full of action, secrets, and romance.

Posing as one of Robin Hood’s thieves to avoid the wrath of the evil Thief Taker Lord Gisbourne, Scarlet has kept her identity secret from all of Nottinghamshire. Only the Hood and his band know the truth: the agile thief posing as a whip of a boy is actually a fearless young woman with a secret past. Helping the people of Nottingham outwit the corrupt Sheriff of Nottingham could cost Scarlet her life as Gisbourne closes in.

It’s only her fierce loyalty to Robin—whose quick smiles and sharp temper have the rare power to unsettle her—that keeps Scarlet going and makes this fight worth dying for.

First, allow me to give full credit to Christina from A Reader of Fictions for being the one who not only got me to buy this book, but hounded me until I felt that I HAD to read it immediately. Obviously with Scarlet being the book of the week this week I absolutely  loved it, but let me tell you why!

Scarlet is a freaking bad-ass! She operates much like a ninja, flitting from tree to tree, whipping her knives out whenever necessary with deadly accuracy, and staying in the shadows even better than the great Robin Hood. Oh, and she’s HILARIOUS! Witty retorts, great banter with the guys, and more than a few jabs at John Little, all which hit the mark. Her past haunts her, and she tries to keep a brave face on at all times, but once in a while her guard slips and I couldn’t help but want to give her a hug…which she’d probably give me a swift kick for. Loved her!

The rest of the characters are just as high of quality as Scarlet. Robin is pretty much what you would expect, though he has a slightly darker history, but he’s lovable, charming, and the hero everyone expects him to be. John Little is a tad more of a player than I remembered, but he plays the great friend/goofball role perfectly, and is quite funny in his own right. Much, the fourth and final part of the band, is the one you feel sympathetic for. He’s sweet, has had a rough time of things, and is somewhat simple, and you can’t help but like him. Really just a great group as a whole and wonderfully executed.

The vividness of the world that Gaughen created shocked me. I could feel the wind blowing past Scarlet as she ran across the treetops, the dreary conditions that the commoners lived through as they struggled to survive, and the warmth of Tuck’s where the band gathers to regain their strength. From the dungeons, to the cave, and every marketplace that they visited in-between, all of it was clear in my mind, and I’m in awe of that.

As amazing as the characters and world is, the story is just as grand, and perhaps even more intricate. Somehow in less than 300 pages we learn about Scarlet’s dark history in great detail, plenty about Robin’s as well, and even John Little and Much each have their backstory, but it never felt forced or like a info dump, just beautifully woven in. There are numerous battles, daring escapes, betrayals, and romance, and it’s all blended in perfectly.

I have nothing bad to say about this book, nothing. The only thing I would note, and it worked for me, is that there is a way of speaking throughout Scarlet that took me a few pages to get used to, but once I did it enriched the whole thing even more. Again, thank you Christina for the recommendation, and for anyone reading this who hasn’t read Scarlet yet, do yourself a favor and buy it. Thanks as always for reading!