Haunted Week: Written in the Tombstone

Haunted Week: Written in the Tombstone

Today’s post concerns the following: The epitaph is the inscription on a tombstone—you could say it’s a person’s last words. Today, quote the last line of five books. (No spoilers, please!)

This was one of the most fun ones for Haunted Week, it gave me an excuse to pour through part of my book collection to find some of my favorite last lines. I hope you enjoy them!

1. Cell by Stephen King – “‘Hey, Johnny-Gee,’ he said, ‘Fo-fo-you-you.’ And pressed the cell against his son’s ear.” This is a very sad, and meaningful quote from Cell which if you have read it you completely understand. It symbolizes how much the father cares for his son despite how much he doesn’t want to lose him. Sad but good. Expect more Stephen King to come.

2. Blink by Malcolm Gladwell – “When the screen created a pure Blink moment, a small miracle happened, the kind of small miracle that is always possible when we take charge of the first two seconds: they saw her for who she truly was.” I loved all of Gladwell’s books that I have read so far but this ending was by far my favorite. It really just takes having control for a few seconds in order to allow people to see what they should be able to but are often unable to see. Reality.

3. The Gunslinger by Stephen King – “The gunslinger waited for the time of the drawing and dreamed his long dreams of the Dark Tower, to which he would some day come at dusk and approach, winding his horn, to do some unimaginable final battle.” Just awesome. How can you not love Stephen King? I really need to get and read his whole Dark Tower series…someday.

4. Sports From Hell by Rick Reilly – “Still, I did do one smart thing during this quest. About two and a half years into it, I married TLC. I love her. She loves me. And for lonely nights, she beats the bejesus out of ferrets.” This is easily the most humorous last line(s) I chose. I laughed my way through this whole book and it was a very fitting ending that made me chuckle and sigh as I knew the book was at its completion. I’ll have to go back and read this one again someday.

5. Under the Dome by Stephen King – “Pity was not love, Barbie reflected…but if you were a child, giving clothes to someone who was naked had to be a step in the right direction.” Clearly I have a big part of my reading heart devoted to all things King. It isn’t my fault that he has awesome endings! You need to read this book, trust me.

This was definitely a blast to go find all of these endings! I knew that it was likely King would be a big part of my selections though I didn’t know he would be quite that prevalent. I really thought I would have a Grisham quote or perhaps one from one of the many series I have mentioned in previous posts but though those books were excellent their ending lines weren’t quite on the same level. Thanks for reading! What book ending lines do you love? Let me know in the comments! 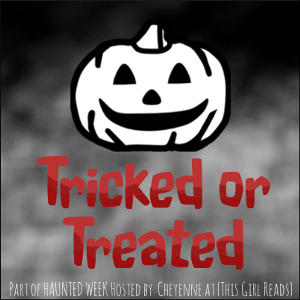 Today’s post concerns the following: Some books aren’t at all what you expected—which can be good or bad. Today feature five books you read that were either a pleasant or nasty surprise.

This is an interesting one for me, and a bit tough since I usually know what I am getting myself into when I go to read a book but I will give it a shot!

1. Shaq Uncut by Shaquille O’Neal – I got this as a Christmas present and though I had asked for it I had no idea what the quality of the book would be or what areas of Shaq’s life it would focus on. This was a case where I was “treated” to a wonderful read. I tore through this book loving every detail and I will be making sure to reread it soon. Fantastic.

2. Outliers by Malcolm Gladwell – This was the first book that I read by Gladwell as it was assigned in my first year of college. I absolutely loved it, which probably comes as no surprise to those who read my blog since I have mentioned him a few times before. I now own all four of his books (though as you may have seen I have only read three) and he has quickly become one of my favorite authors. Definitely a “treated” one. ^.^

3. The Red Serpent Trilogy by Rishabh Jain – I’ve mentioned this book a few times (and wrote a review on it) so if you follow my blog you likely know what my thoughts on it are. This was my blog’s first DNF. I won this in a giveaway and when it arrived I was excited as it was one of my first few books that I won that were of the print variety. However, the quality of writing was poor to say the least and I quickly found too many flaws in it to continue reading. “Tricked” indeed.

4. The Sallie House: Exposing the Beast Within by Renee Pawlish – I won a copy of this book in a giveaway last year and had no clue what to expect. It was definitely a short read but I loved it. I can’t say that I was scared while reading (it takes a LOT to scare me via book/movie) but I did enjoy it, in the “treated” pile.

5. Owlet by Emma Michaels – This is another book that I have reviewed on my blog so if you are a follower you know where this one will fall. I was really excited when I found out that I won an eBook copy of Owlet especially since it had just been released. I read it expecting to enjoy the short read but was sorely disappointed. If you want to know more on how I felt about this book read my review here. “Tricked”, sadly.

I hope you enjoyed that mix of “tricked” and “treated” books! It isn’t often that I am surprised by a book but it is refreshing when I don’t know a whole lot about the book I am about to read because it allows everything to be new as I read it. Thanks for reading! What books “tricked” or “treated” you? Let me know in the comments! 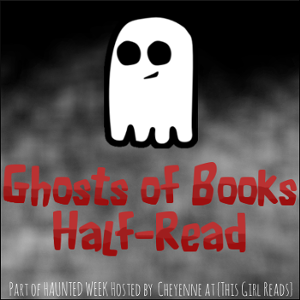