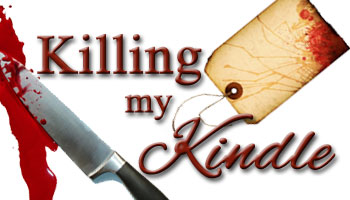 This week I took a stab at: Lessons III – Demonic Dolls and Other Morbid Drabbles by Michael Crane

A sister’s doll doesn’t take kindly to insults, and proves it.
A puppet maker believes his creations are out to get him.
A mother can’t stand her son’s new favorite toy… and for good reason.

In Michael Crane’s latest collection of terrifying and darkly comic drabbles, you’ll find out why Playtime is only fun for those with vicious intentions. In these thirty 100-word stories you’ll run into deranged toys with old scores to settle, homicidal sociopaths and other unapologetic creatures that lurk in the shadows.

In LESSONS III: DEMONIC DOLLS AND OTHER MORBID DRABBLES, nobody ever leaves Playtime in one piece…

Michael Crane is at his best when he fires out quick, creepy, and humorous short stories, which is what all of the Lessons collections are. I enjoyed the first two Lessons collections quite a bit and got the hankering to read the next one recently, so it was time for III. So in the same style as the first two I will be giving a reverse-ordered favorites list, this time with my 5 favorites! ^.^

5. Never Date a Circus Clown – I imagine the inspiration for this one came from the Joker, and that’s really all I need to say about this one. Who wouldn’t read a short that reminds them of an insane clown? Exactly.

4. A Bloody Joke – Not everyone has the same sense of humor, and often comedians find that their jokes work very well on some crowds, but not at all on others. In this case the consequences are a bit more dire.

3. Downer – People when they are upset often say things they don’t mean, or are at least more extreme because of the emotions they are feeling, and Crane exploits this understanding in Downer very well.

2. Procrastinator – I don’t think the title really works for this one, but while the vampire joke is familiar and reminds me of one of the stories in Lessons II it still works pretty well. Another great ending on this one as well, if only Twilight could have been as sensible.

1. Confession Time – This was a truly hilarious story, not darker like some of the others, and the ending was priceless. Most of us have a guilty conscience to some degree, so when someone corners us trying to get us to confess it isn’t always obvious as to what exactly they are talking about. That is the situation in this story and it’s quite satisfying.

This week I took a stab at: Lessons II: Another Morbid Drabble Collection by Michael Crane 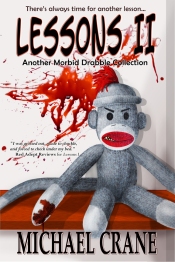 A sinister puppet finally makes a new friend.
A man learns about his bleak future.
A killer has another painful lesson to teach.

From the author of LESSONS AND OTHER MORBID DRABBLES comes this terrifying and amusing follow-up. 30 100-word shorts about horrible ghouls, monsters and deranged, bloodthirsty lunatics. In these drabbles, you’ll run into kid-hungry goblins, sadistic dolls, zombies and psychopaths who believe that violence can solve just about anything.

Disgusting, creepy and darkly comic, LESSONS II: ANOTHER MORBID DRABBLE COLLECTION is bound to entertain, as well as horrify.

Michael Crane is at his best when he fires out short stories like these, quick bursts of wit and a little dark humor, and Lessons II is filled with 30 such works of gorey awesomeness. I really enjoyed the first Lessons collection which I reviewed early last year, and felt like this was a good time to give II a shot! So in the same style as the first I will be giving a reverse-ordered favorites list, this time with my 7 favorites! ^.^

7. Guest – Had one of the more unexpected twists, something that is pretty hard to do with only 100 words, and it made me think of True Blood. That’s my only hint. ^.^

6. Homework – Oh substitute teachers, how fun it can be to take advantage of them. My mother having been one for some time also added some extra enjoyment to this funny little story.

5. Intervention – This is definitely one of the darker stories despite its lack of gore, but there is a pretty serious message here too. I could use a drink…

4. Fortune Teller – This one had me in stitches. Fortune tellers already take advantage of the public for the most part, not that I blame them, but this is to the extreme, and it’s awesome.

3. Rats – This is included and this high up purely because it reminded me of The Princess Bride and the rodents of unusual size. I need to watch that again soon! As youuuuu wiiiiiish!

2. Dental Work – Dentists and dentist offices, not my favorite environment or place to be, so this had an added freak-out factor. They could do anything while you are knocked out! O_O

1. Solution – This story is, for me, Michael Crane at his best. It’s gorey, dark, twisted, and freaking hilarious. The ending is fantastic and I absolutely didn’t see it coming. One of life’s little problems solved, huzzah!

I don’t think it will be another year before I read Lessons III, these are just too fun to read and I could always use a good laugh. If you haven’t read the first Morbid Drabbles I would check that out, as well as the rest in the series, you won’t be disappointed. Thanks as always for reading! ^.^