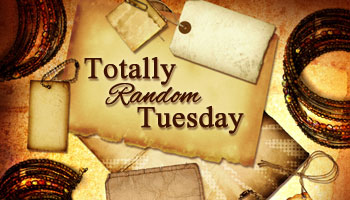 This week on Top Ten Tuesday I’ll be talking about all of the books that it seems like I’m constantly being told to read! I’ll let you know whether I plan to or if I don’t think I’ll give in to the hype. Let’s get into it! 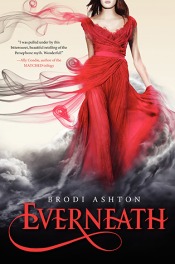 1. The Book Thief by Markus Zusak – Oh my yes, this has been one of those books that everyone seems to love and endorse. I actually own The Book Thief already, but I just haven’t felt compelled to read it yet. It’ll happen eventually I swear. o_o

2. Everneath by Brodi Ashton – This is really covering the whole Everneath series, but it’s another where the recommendations are pretty constant. It’s also another book I own, along with Everbound, so I’ll read it, I just haven’t got to it just yet.

3. Defiance by C.J. Redwine – I wouldn’t say that the recs for Defiance (the trilogy more than book 1) are as frequent, but the ones who have done so REALLY liked it. Deliverance is the one I’ve heard most about lately since it comes out this month, but seeing as I don’t own book one, I doubt I’ll ever try the series out. Oh well.

4. Under the Never Sky by Veronica Rossi – Don’t kill me! I own book one, I’ll try to read it soon-ish, because the love for this book and the series is crazypants. *succumbs to the pressure* 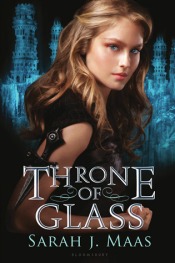 5. Throne of Glass by Sarah J. Maas – Everyone loves this and I don’t own it right now and aaaaah. This is a series I genuinely want to get into, but it will have to wait for now. *continues pining for it*

6. The Bone Season by Samantha Shannon – Most of the recommendation pressure for this one comes from Nikki of Fiction Freak, but she’s not the only one. Unfortunately for her I don’t plan on picking this one up, the premise just doesn’t grab me. =/

7. The Program by Suzanne Young – Another Nikki rec, but another one I don’t think I’ll read. I probably should as it sounds pretty interesting, but by the time I have funds for it I’ll have forgotten. Alas.

8. Stormdancer by Jay Kristoff – I owned this and the sequel, but now I don’t and I didn’t read it… and I’m an idiot. Five star ratings from most of my trusted book reviewers have me berating myself constantly, but I’ll fix this soon I hope. >.>

9. Sweet Evil by Wendy Higgins – I’ve seen Sweet Evil on Book Outlet, on bargains on Amazon, and in my Twitter feed, but I just can’t get excited about it. I’ve even had this in my cart a few times, but my final thought before buying is always “eh, nevermind” and I don’t know why. Just not for me I guess.

10. Everything by Jennifer L. Armentrout – No, that isn’t a book title, but I hear about Armentrout on a daily basis. The Lux series is the one I see the most buzz about, but regardless of what it is I’ve never gravitated toward her work. Maybe that will change someday, but I doubt it.

There are so many great books out there, and I do love hearing recommendations for new ones, but I sadly can’t own/read them all. Were any of these books ones you have been recommended, and if so did you read them already, or did you pass? What are your ten most rec’d books? Let me know! Thanks as always for reading! ^.^