A quick reminder that Stacking The Shelves is a wonderful way that we can share books we’ve won, bought, or been gifted in either printed or eBook form. It is a weekly meme created by Tynga’s Reviews that is generally posted on Saturdays.

Once again this week I have a ton of books to share! This week my eBook haul is back to being substantially bigger than my print one but I still got some great additions to my library! ^.^ 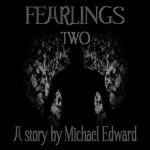 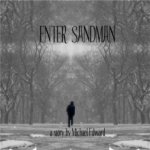 The Lost Girls by Jason Halstead

Why (A storyteller’s diary) by Michael Edward

The Beginning Of The End: Book One by Michael Edward

The Beginning Of The End: Book Two by Michael Edward

Beyond by Willow Rose

Autobiography of a Werewolf Hunter by Brian P. Easton

The Medium by C.J. Archer

A Demon Made Me Do It by Penelope King

The Fallen Star by Jessica Sorensen

The Infects by Sean Beaudoin

Wow there sure were a ton of freebies this week! This was mostly due to the awesomeness that is Michael Edward who decided to make all of his books free for a day which I definitely took advantage of. I only had one eBook that I won actually make it to me (though I won a couple that for some reason haven’t been emailed to me yet >.<) which was Shadowborn courtesy of a giveaway by Dark Obsession Chronicles.

I also had a few print books that I won arrive this week. I won Crank in the Banned Books Giveaway Hop at the Sarcasm and Lemons stop. I got Two and Twenty Dark Tales from a giveaway by Brenda Drake Writes. Finally, I got The Infects which I can’t wait to read (if I ever get to it) which I won from Ginger-read Reviews in the Zombpacolypse Trick or Treat Hop. By the way I was informed I won that on Halloween and it already showed up, way to be on top of sending your books out Ali! ^.^

A bunch of giveaways and hops ended since October has come and gone so I’ve got a few more print books that I can look forward to coming in the next week or two. It seems like I’ll never have a week without at least one or two which is just crazy, but awesome. Thanks so much for stopping by, I hope you find something in that list of books that interests you! Please feel free to leave comments about my post or with your own Stacking The Shelves, I do read them all and would love to see your hauls for this week! Enjoy your weekend!