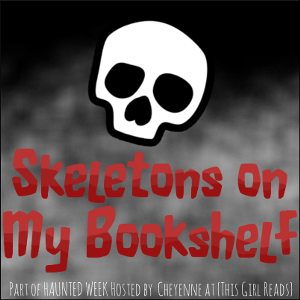 This entry was posted on October 26, 2012 by frodosco. It was filed under Uncategorized and was tagged with Chess, Haunted Week, John Grisham, Skeletons on My Bookshelf, Stephen King, This Girl Reads.